A History of the Seven Network 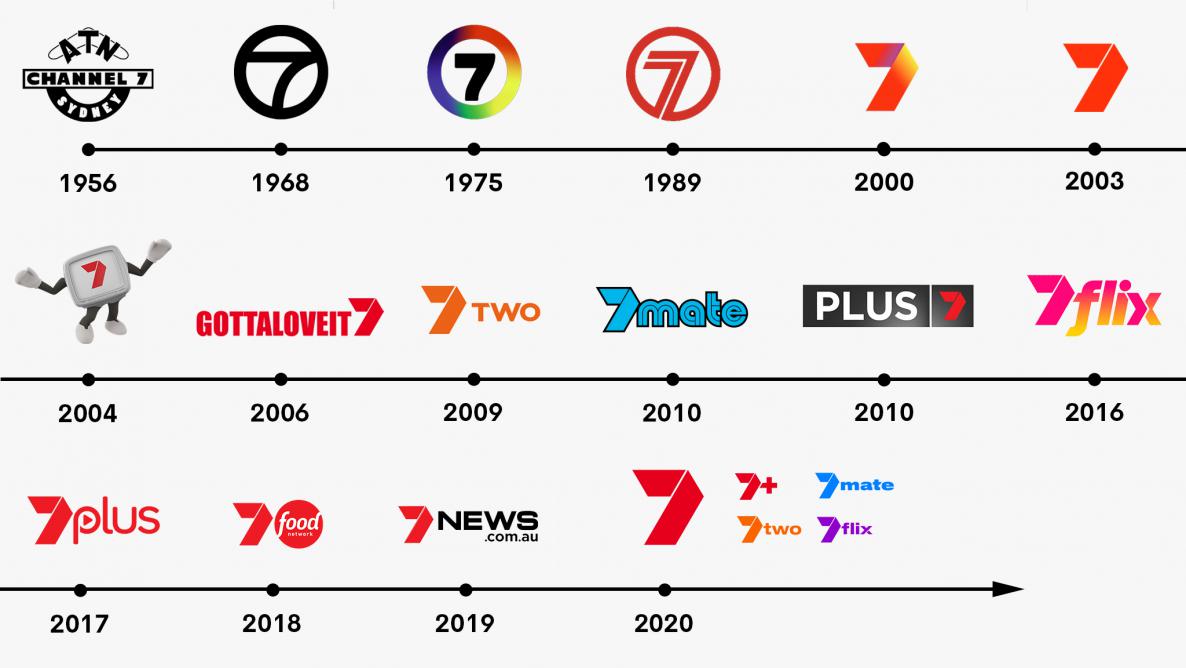 Since Seven Network was created, it has been at the centre of Australian culture and national conversations, bringing the nation closer to the moments that move us.

Seven Network began as a group of independent television stations in Sydney, Melbourne, Brisbane, Perth and Adelaide, and dates back to 1956 when the first stations on the VHF7 frequency were established in Melbourne and Sydney.

Stations operated independently of each other, complete with different schedules, but in the early 1960s coaxial cable links between cities allowed the sharing of content and simultaneous broadcasts of live programs.

In 1970, the network of stations adopted the name Network 7 and a national network logo was born.

Colour television launched in Australia in 1975, and Network 7 embraced the technology with a colourful new logo.

In 1987, the network returned to the ‘Australian Television Network’ branding with a new logo introduced the year after.

In 2000, former Nine executive David Leckie appointed as head of television operations, re-launching the network with an updated logo. In 2011, the red 7 logo was extended to GWN7 and Prime7

In 2020, Seven Network unveiled new logos for 7mate, 7two and 7flix, along with its streaming service, 7plus

The evolution of Seven: